Current time (in UTC/GMT/Zulu):
JavaScript Must Be Enabled.

2020 was a relatively average year overall by the numbers. However, there were anomalies within the overall average numbers. Most notable was the lack of strong and violent tornadoes during the May/June time period. This period of very few strong and violent tornadoes led to the first May without a moderate or high risk convective outlook issued and the fewest May tornado watches on record. Despite much below normal tornado activity in May and June, total tornado fatalities (76) were well above normal. 71 of these 76 fatalities occured from January 10 to April 22 with only 5 fatalities during the rest of the year.

Fewest May Tornado Watches on Record 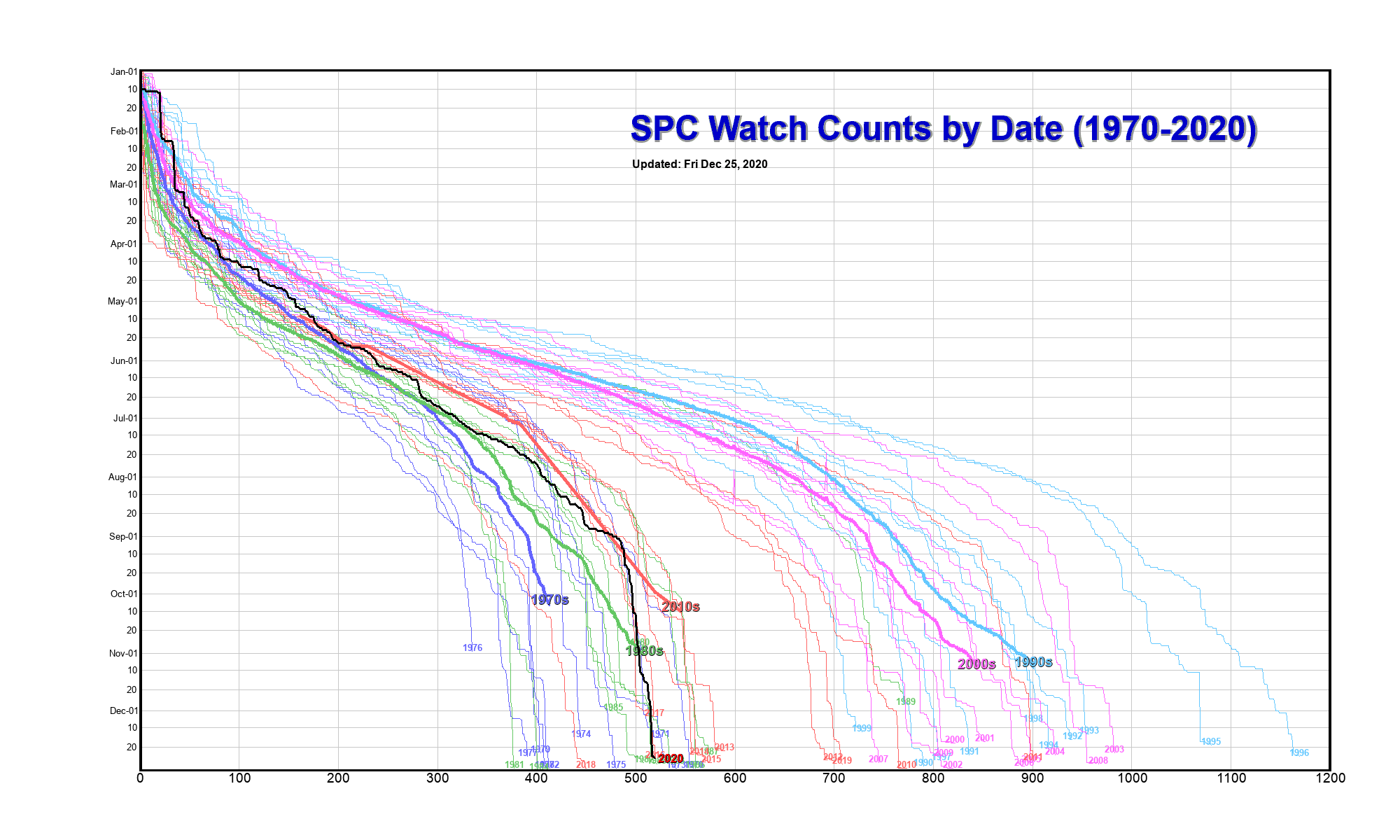 
No Moderate or High Risk in May

There was no moderate or high risk issued in May for the first time in the history of SPC convective outlooks. 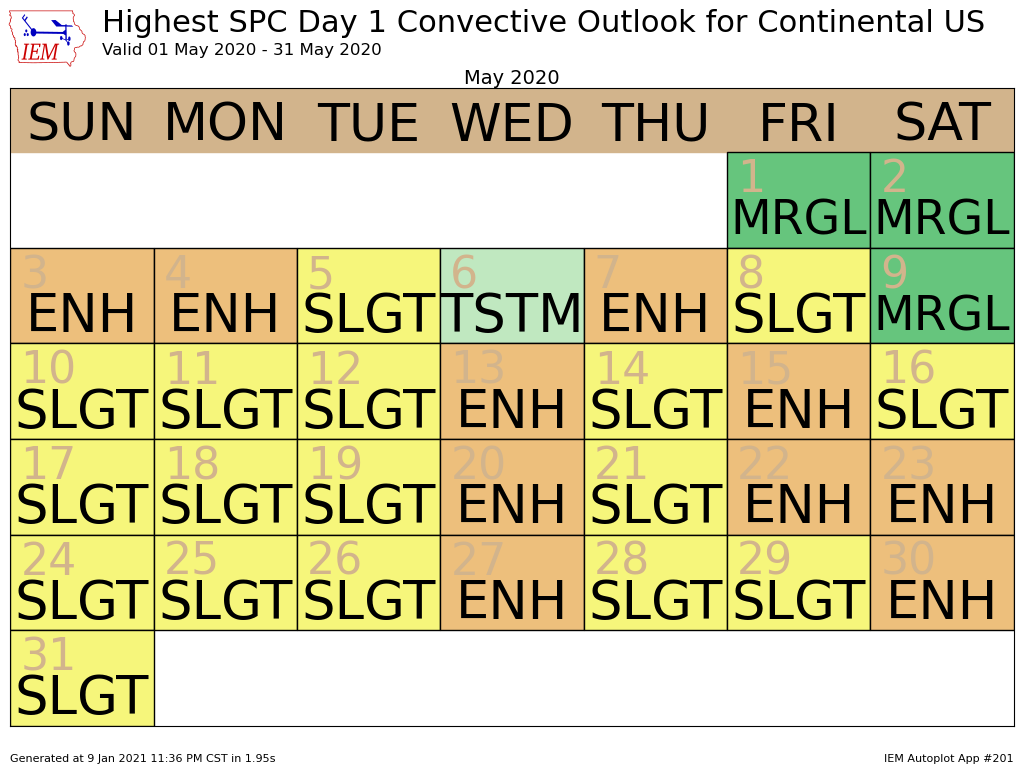 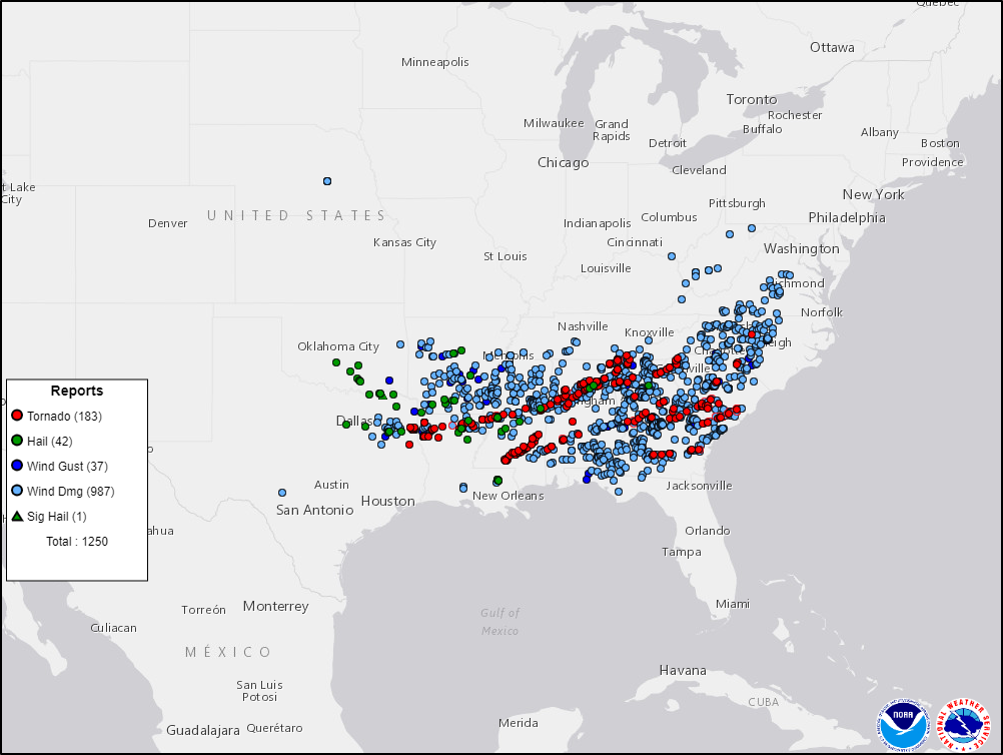 There were 1250 (filtered) reports on April 12. These reports came from multiple clusters of storms that formed along and ahead of a cold front associated with a strong (992mb) surface low moving through the Ohio Valley. Learn more about this event here.

The highest wind speed damage estimates from a tornado in 2020 was 190 mph in Bassfield, Mississippi on April 12.

Additional info about the Bassfield, MS tornado and other tornadoes on April 12 can be found here. 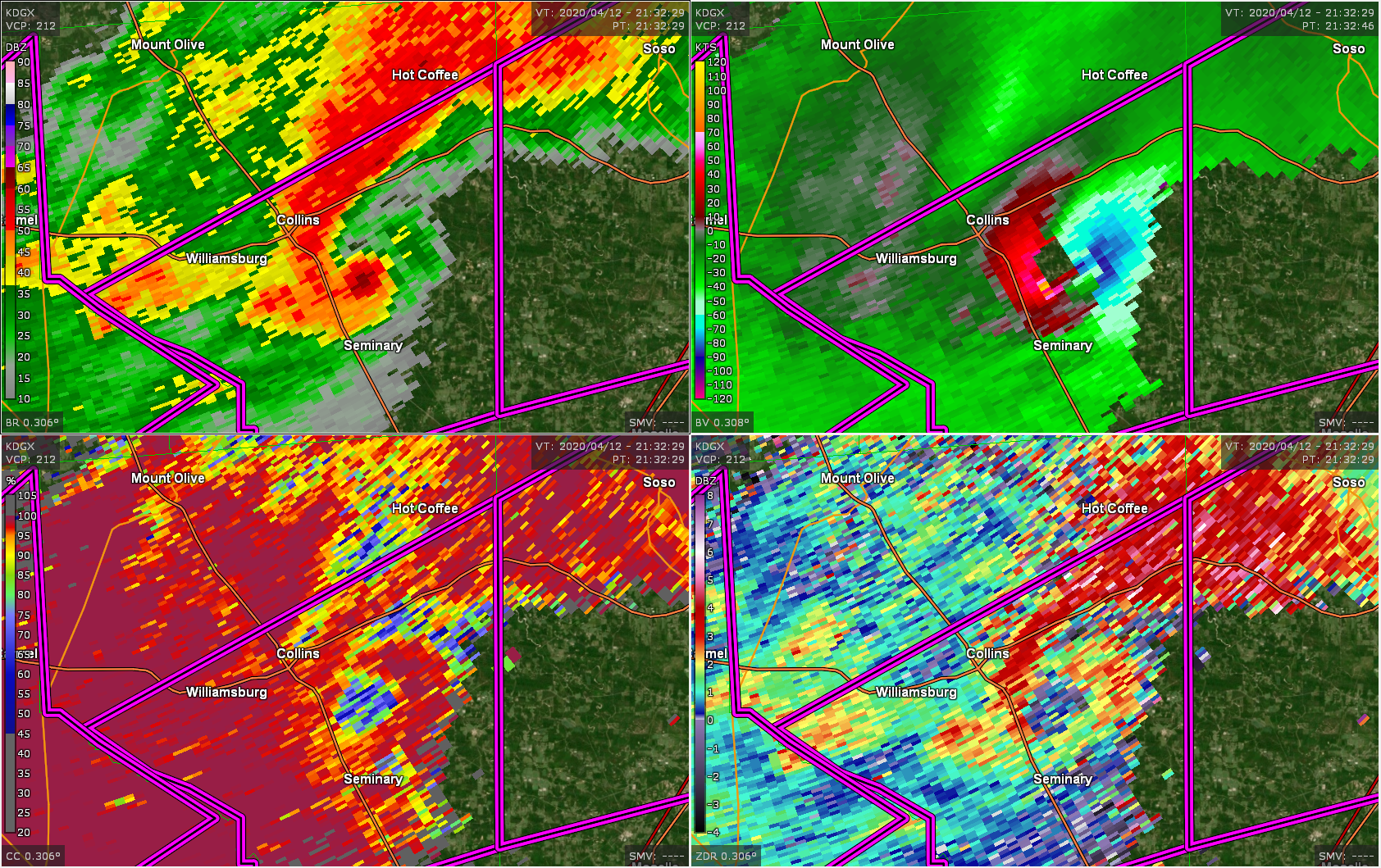 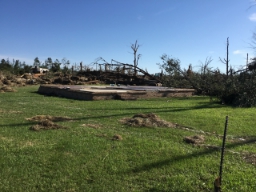 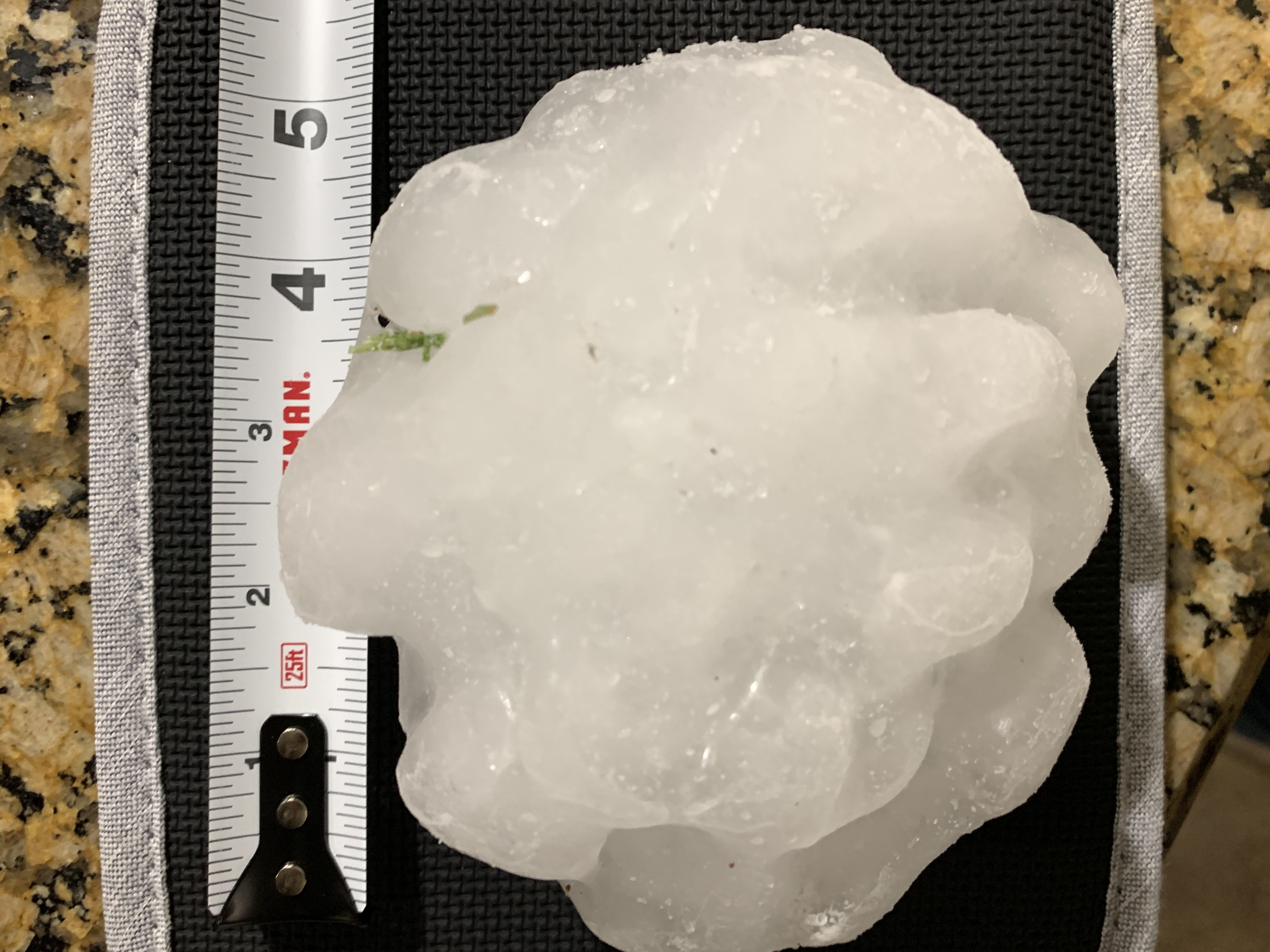 The maximum measured thunderstorm wind gust was 145 mph (126kts) on August 10 at the Bell Plaine Airport in Iowa. Read more about this event from the NWS in Des Moines here. 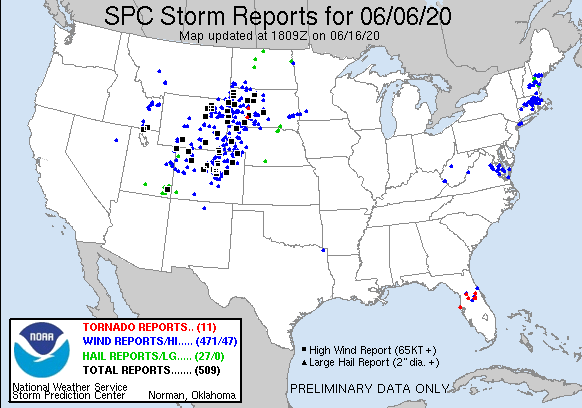 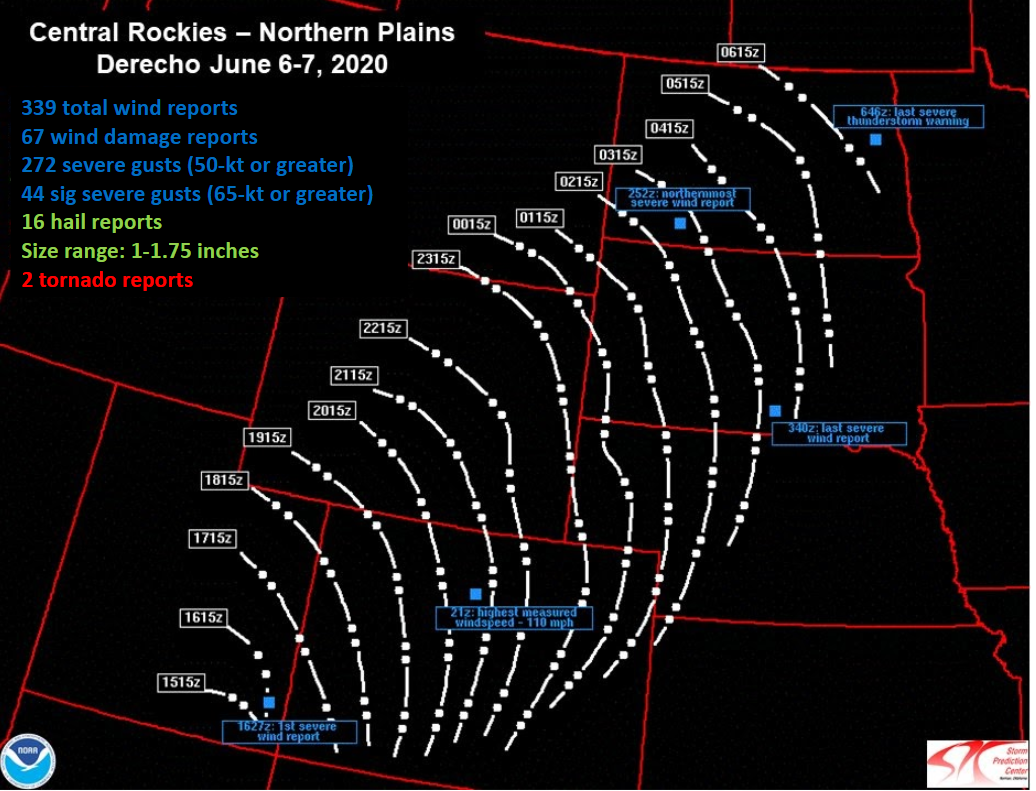 Fewest Strong Tornadoes on Record in May and June